The start of the training was at the Námestie Slobody in Sereď, where the official DHL Sereďmarathon 2019 race will also start. Approximately 30 competitors came not only from Sereď, Trnava and Hlohovec, but also from Zlaté Moravce, Senica and surrounding villages. In addition to the training ride, they came to pay homage to the founder of the race and former chairman of the ŠK Cyklo-Tour Sereď Mr. Dušan Holbík. "We lit a candle on his grave and remembered him in our thoughts. It was a beautiful and moving gesture from all of the cyclists who sacrificed their Sunday time and came. We believe that we have made Dušan happy" said the race director Lukáš Riha. 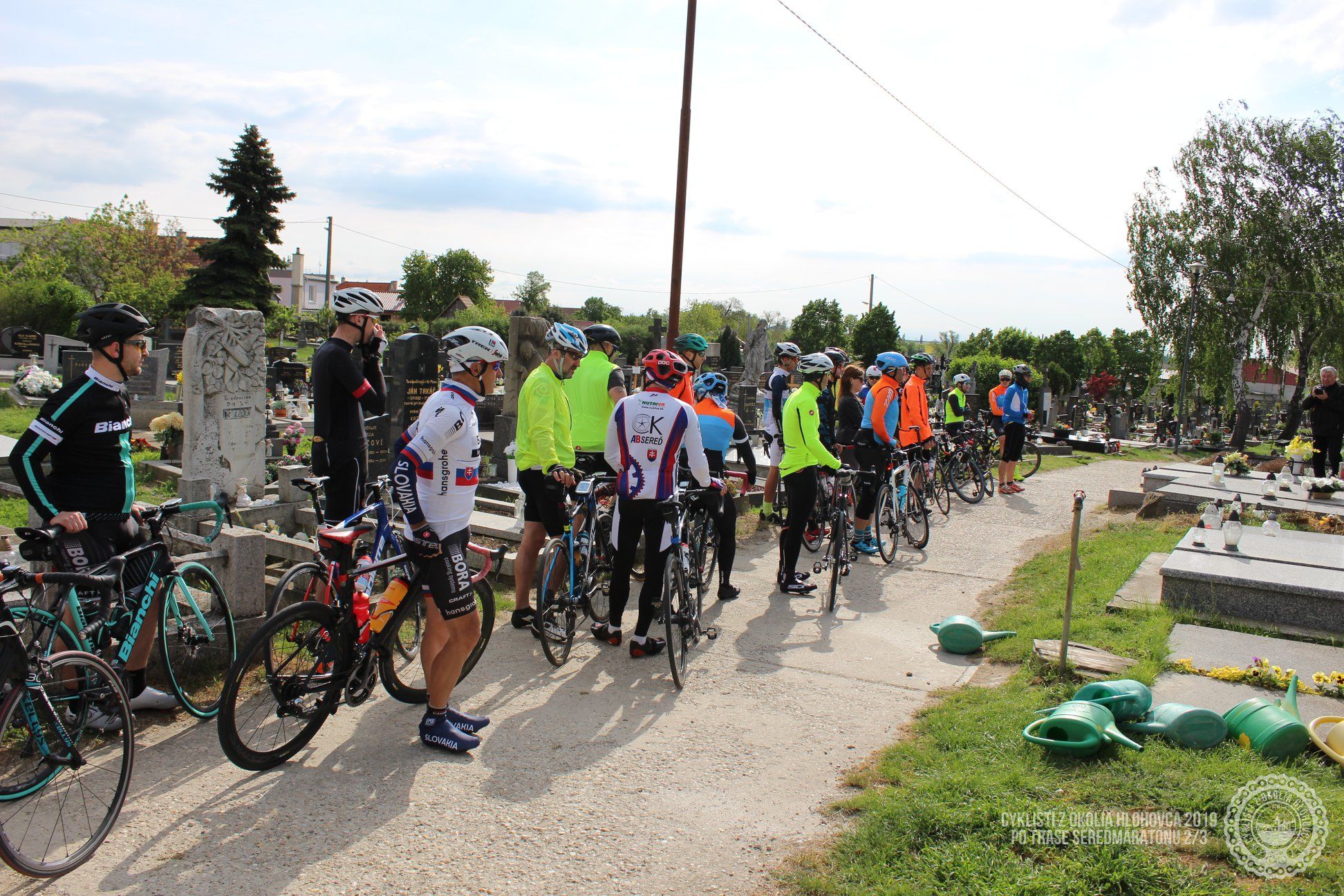 Furthermore, in the fight against the strong wind, bikers continued along the route to Hlohovec, where another group of about 10 cyclists was waiting, and so we went - a nice 40-members group – towards the Mountain premium, where gold, silver and bronze medals were waiting for cyclists together with Horalkas and refreshments. :-) From the climb we began to race, because everyone wanted to win. The fastest riders were from the ZMLR club, the winner Štefan Kasala and the silver winner Tomáš Cepka, who took 1st and 2nd place. Patrik Zavadil, the winner of the first test drive, finished third. Congratulations!

There is the last final test lap ahead of us, which was planned during the ŠK Cyklo-Tour Sereď Drivers Training Camp on Sunday - you can find more info in this link.

You can see the whole gallery via this link.